When Billy died, his friends were in shock. Billy’s friends didn’t seek revenge.

They looked for ways to move forward – it wasn’t moving on, it wasn’t leaving Billy behind.

What they did, honoured Billy’s memory, kept him with them and gave them a positive way of dealing with their grief. Billy loved football and his friends decided to form a football team to help come to terms with what had happened.

In the weeks and months following that terrible night, they found it hard to come to terms with what had happened, but one of them hatched a plan. He decided to invite some of Billy’s closest friends, who were keen footballers, to form a team. Everyone was thrilled at his idea, they knew it would give them a new, positive focus at such a horrific time. They asked Billy’s dad, Paul Dove, for permission – a team in Billy’s memory would have to involve Billy’s dad!

They asked Paul, Billy’s dad, to manage the team and chose the name ‘Doves United’, meaning the boys and Paul would be united together for Billy. Paul, thought this was a great way to honour Billy’s memory. The boys knew they couldn’t run the team on their own and asked for Paul’s help. He agreed to be their manager, and before long he had helped the boys register the team in a league, found a friend to coach them and another friend offered to sponsor their kit – they were on their way! All they needed now was a name, and they chose ‘Doves United’, meaning Paul and the boys would always be united together for Billy. 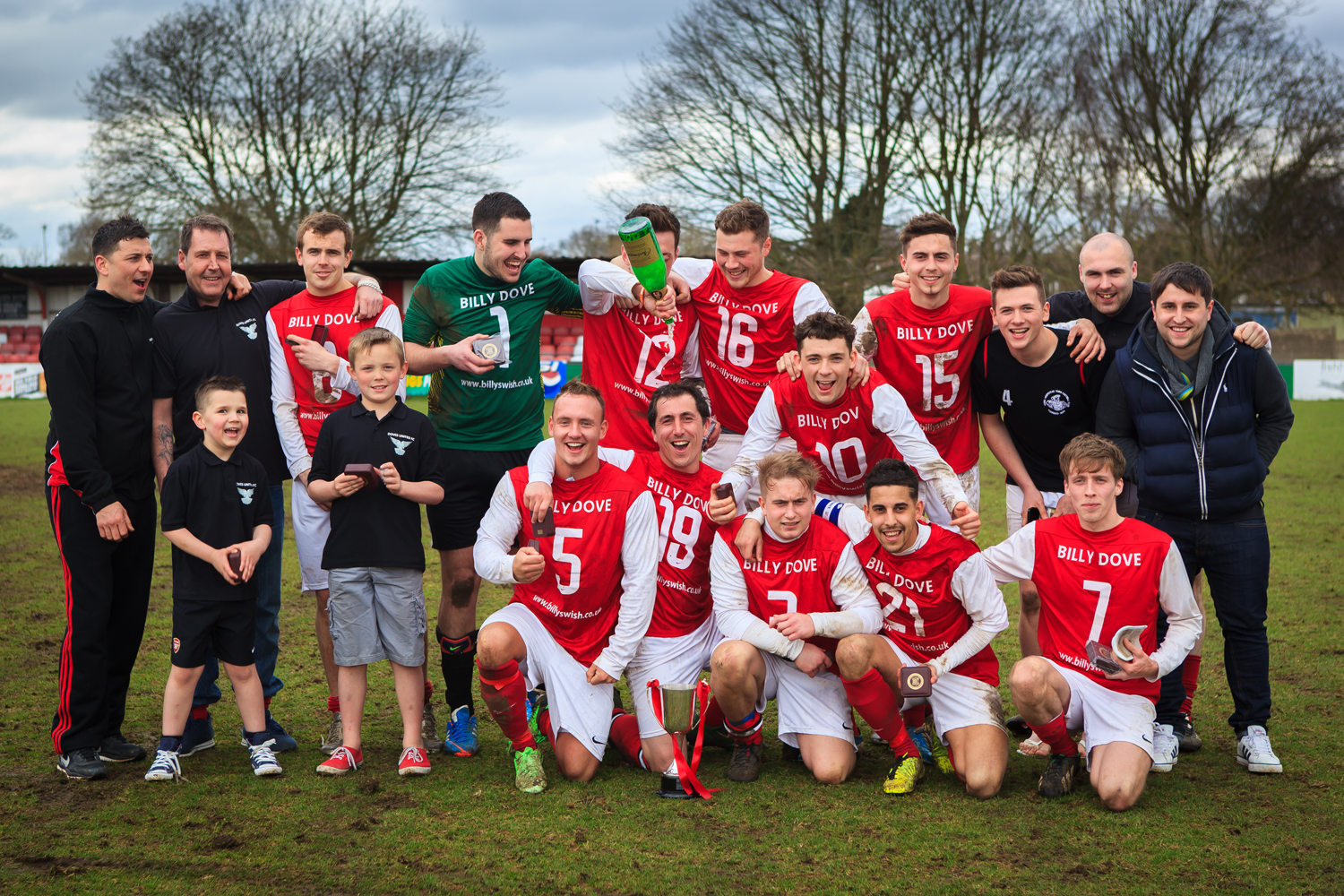 In their first season, they won the league, two other cups and were promoted two years in a row! Doves United FC’ entered the Berkhamsted Sunday Football League (BSFL –division 2) in August 2012. In their first season they finished top of the league, they won the Herts FA Sunday Intermediate County Cup and the BSFL Sunday Intermediate League Cup. They were even promoted—what a year!
The team repeated their league success in the 2013/14 season, finishing top of the table and gaining another promotion, this time to the BSFL Premiership. They couldn’t believe how quickly they had climbed up the league – what an amazing two years!

The players felt that Billy was always there with them, as their 12th man, spurring them on. Doves United has given Paul a focus, and has helped the whole team to deal with Billy’s tragic death. For five successful seasons, the team spirit remained the same. They won the BSFL-Premiership two years in a row, always playing with mutual respect and 100% enthusiasm. Where did their motivation come from? Their manager believes: “It has been fuelled by the passion of every player – they all want to win for Billy.”