Four Co-op stores in the Hemel Hempstead area have made a very generous donation to Billy’s Wish this week. A cheque for £1000 from the Co-op’s Community Fund was handed to Billy’s cousin Jade, by the store managers: Alex, from Warners End; Rasa from Cupid Green, Debbie from Bovingdon, Gordon from Chaulden, and Andy, the Area manager. It was lovely to meet you all!

This was made possible by Gordon who contacted us just before lockdown. We are touched that he felt so strongly that Billy’s story should be remembered and that the work we do should be supported, that he encouraged the other stores to also use their community funds for Billy’s Wish.

Gordon lives in Hemel and remembers when Billy was tragically taken from his friends and family – an innocent victim of knife crime. Like thousands of others, Gordon was moved to attend the memorial held for Billy a week after he died. Many people were there because they knew Billy, but many more were there because they were so shocked by what had happened. Everyone who was there was of one mind – that this should not happen again in our town. Sadly, it has.

This donation from the Co-Op’s Community Fund supports the charity as we continue to go into schools to tell Billy’s story and help to keep our children safe by sharing our knife crime education message. 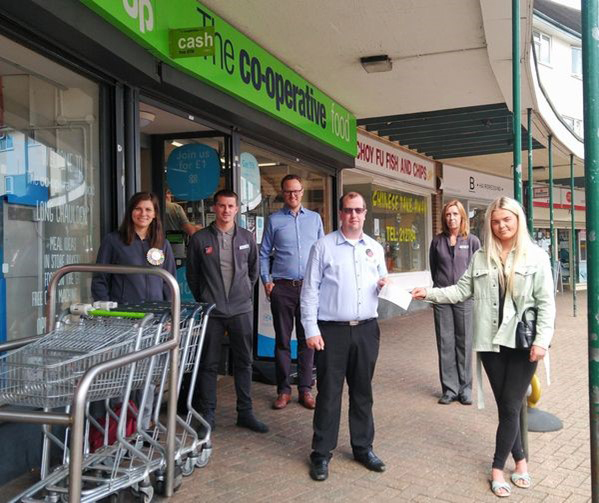